All Collections
AP Environmental Science Tips
What is Island Biogeography?

What is Island Biogeography?

Found in Unit 2, island biogeography is one of those topics that can get looked over, but usually make up a question or two on the APES Exam

Written by Cody Williams [Intern]
Updated over a week ago 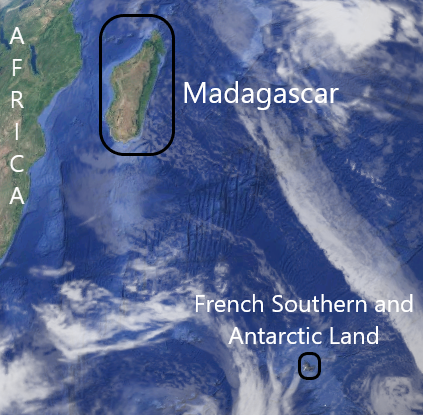 Size of the Island🔸🔶

The size of the island is one of the factors to consider when looking at biodiversity. The bigger the island, the more species can live on the island. There are more resources and less competition.

However, the smaller the island, the less species👇🐸 can live on the island. There will be less resources👇🌾and more competition👆🏆.

Hopefully, you can see the connection between evolution and natural selection and island biogeography. When the island size is small, more competition🏆 takes place and thus natural selection. However, a species may adapt and develop new traits to survive on a small island🏝. Thus, the species will evolve based on the most favorable traits.👍

Based on our example, the Madagascar will be able to hold a greater variety of species compared to the French Southern and Antarctic Land. Madagascar has A LOT more resources.

The distance an island is away from mainland can impact how new species are introduced👋 to an island.

In our example, Madagascar is more likely to get new species from the mainland. It isn't impossible for new species to get to the French Southern and Antarctic Land, but it is highly unlikely.

Human interaction is something that impacts island biogeography on islands such as Hawaii and Japan. Human interaction usually decreases biodiversity. When humans begin interfering with an environment, they usually start to take resources and start commercializing it with houses.🏡 This usually has a negative impact on biodiversity, because animals can't survive when their habitats are destroyed💀.

However, humans can introduce new species to an island. This can bad as well. If an invasive species😼 is introduced, it can start overtaking other species. Hopefully, they are taking over or killing off a keystone or foundation species, because that can lead to environmental collapse in that area.