What Integrals Should I Memorize for AP Calculus AB?

Written by Jenna Takach (Intern)
Updated over a week ago

Let's all be honest with ourselves - very few students actually enjoy solving integration problems. Maybe it's having to do u-substitution or forgetting to add "+ C" at the end. Who knows? The simple fact is that most of us do not consider integration to be something "fun" to do. That's why it's useful to have some common integrals memorized to save yourself the heartache of having to plow through yet another integral on the exam.

This article won't cover integration techniques; I'll simply be listing some common integrals you should know for the exam in the chart below. These equations are in their most basic, "parent" forms, so be prepared to recognize them in altered forms (with negative signs or coefficients) and in conjunction with other functions (such as in problems where you'll have to use u-substitution or integration by parts). Finally, most of these functions should look pretty familiar to you. This is because these are your parent functions and trig functions to have memorized. The parent functions themselves are very important to remember, but knowing their integrals as well will save you lots of time on the test. 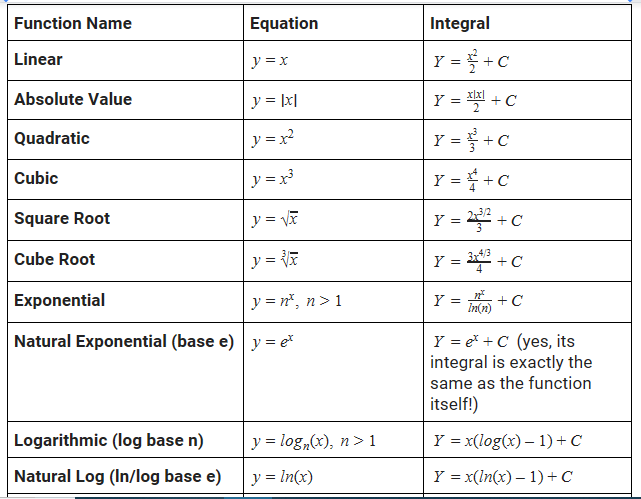 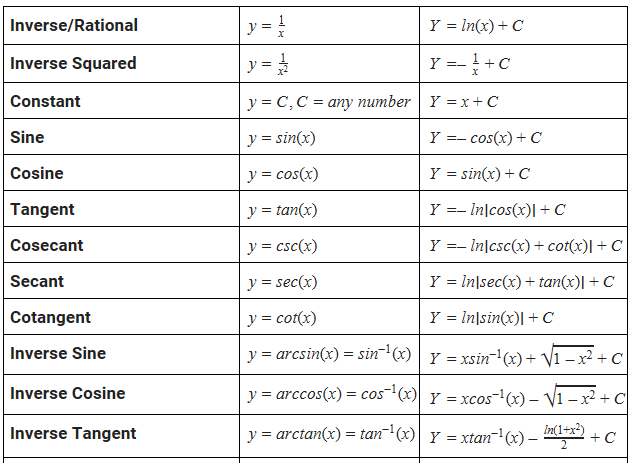 For the last four integrals to know (double-angle and half-angle identities), it is important to both recognize their own integrals as listed above and know the other forms of their equations to use in more complex integration problems. You can find their other forms in this article. 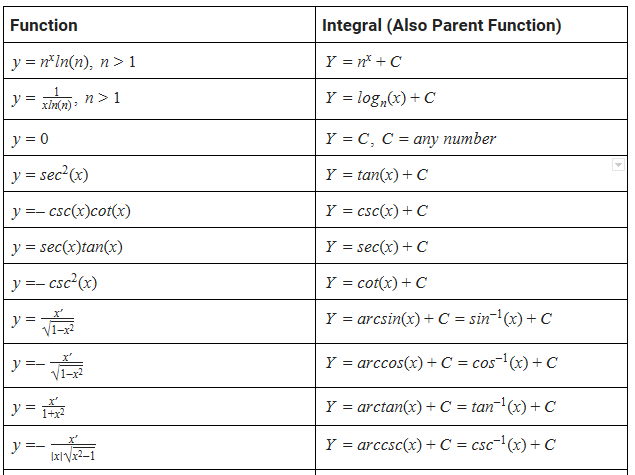 If you're able to recognize these integrals and any variants of them, you can be sure to succeed in AP Calculus AB!

📌Check out these other AP Calculus resources: